Hurricane Irma came to the Tampa Bay area last September and caused significant damage. One of the unique phenomenon that took place during the hurricane was a massive reverse surge that pulled water out of Tampa Bay and the surrounding waters. At the time there were a number of articles that mentioned Manatees getting stranded and having to be rescued. Since then, we have noticed, or rather not noticed any Manatees at the locations we have been diving and cleaning boat bottoms along the Pinellas Gulf Coast. This is not to say they have totally disappeared, but we have not seen any.

If you are a boater in Pinellas, can you recall the last time you saw a Manatee? We used to see them all the time. In many marinas along the coast in North Pinellas, seeing Manatees was a normal weekly occurrence. Not so any more. For whatever reason, the massive tidal outflow from the Tampa Bay after Hurricane Irma, changed the habits of the Manatees.

Manatees have not completely disappeared. People report seeing them from time to time, but their numbers have been greatly reduced. There could have been other factors this winter, but the massive reverse surge is very likely the cause. It was a joy to see these wonderful sea creatures in the water when we were diving and cleaning boats. For now, we just have to get used to not seeing them as much. Hopefully, they will come back soon.

Manatees Not Seen As Much Since Hurricane Irma 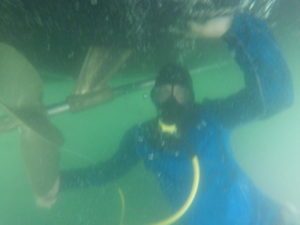 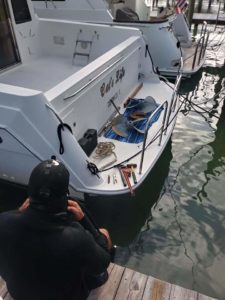